Job 32:19 (WEB) Behold, my breast is as wine which has no vent; like new wineskins it is ready to burst.

Jesus reiterated proper use of wine-skins. New wine that was not yet fully fermented was stored in new skins, for as the wine finished fermenting, the carbon dioxide from the yeast growth caused the skins to swell.  Old wine-skins were already stretched out and inelastic.

From The Land of Promise: "...skins such as everywhere I saw in use here to transport water, wine, milk and oil. They are simply goat-skins, with the hairy side turned in, and the neck and legs tied up. While new they are tough and strong, but when old they become dry and brittle, and are easily torn. For this reason our Lord said that new wine which was not done fermenting, would break the ... old bottles or skins." Benjamin Bausman (1872) 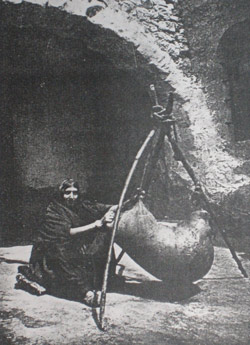 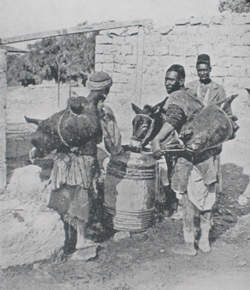