The Upper Most Seats of the Synagogue

37 Now as he spoke, a certain Pharisee asked him to dine with him. He went in, and sat at the table. 38 When the Pharisee saw it, he marveled that he had not first washed himself before dinner. 39 The Lord said to him, “Now you Pharisees cleanse the outside of the cup and of the platter, but your inward part is full of extortion and wickedness. 40 You foolish ones, didn’t he who made the outside make the inside also? 41 But give for gifts to the needy those things which are within, and behold, all things will be clean to you. 42 But woe to you Pharisees! For you tithe mint and rue and every herb, but you bypass justice and the love of God. You ought to have done these, and not to have left the other undone. 43 Woe to you Pharisees! For you love the best seats in the synagogues, and the greetings in the marketplaces. 44 Woe to you, scribes and Pharisees, hypocrites! For you are like hidden graves, and the men who walk over them don’t know it.”

While touring Israel I found two of the best preserved first century synagogues are at Gamala (Gamla) and Masada. Both areas were conquered by Rome in the second half of the first century and were not built over by later development.

The Pharisees desired the best seats in the synagogue. These were the upper seats. The upper most seats allowed people to see more. 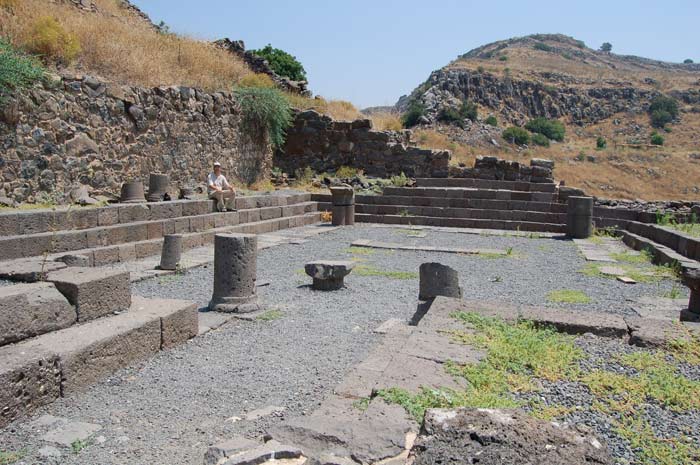