The View Towards Jericho and the Dead Sea from Mt. Scopus in Jerusalem 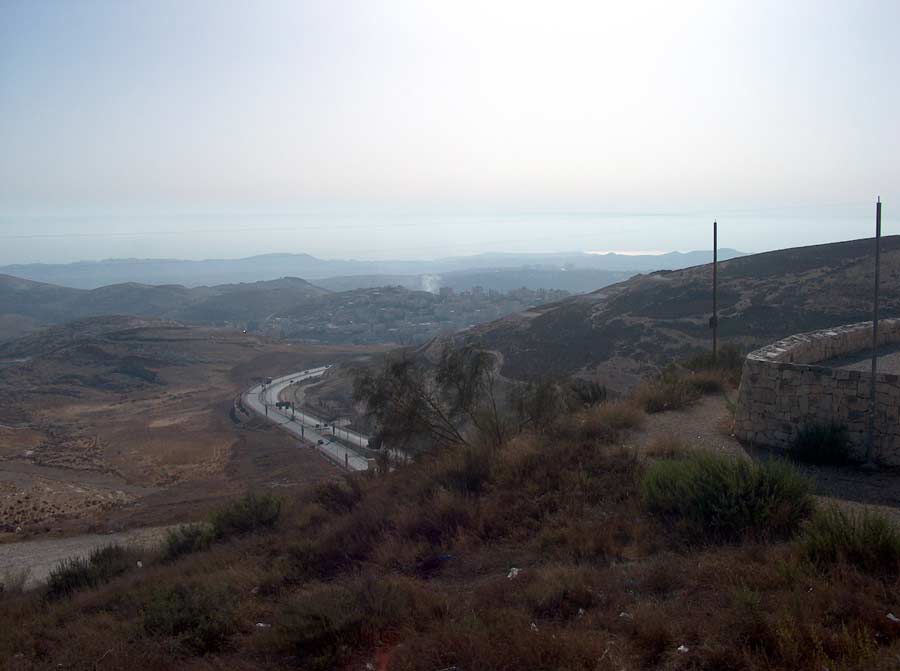 An early morning view from Mt. Scopus, Jerusalem towards Amman, Jordan with the Dead Sea in the distance. As Jesus was approaching Jerusalem he taught his people about the man who had proven he loved his neighbor. There was a man traveling from Jerusalem to Jericho; about a 3500 foot descent on a twisted mountainous road. He was attacked by robbers, beaten, and left too weak to walk. A Pharisee passed by and decided not to get involved and continued without helping the wounded man. A chief priest also passed by and decided he should not help the wounded fellow. A Samaritan found the crime scene and loaded the wounded man on his donkey and transported the man to an inn; probably in Jericho about 17 miles from Jerusalem. The Samaritan asked the inn keeper to lodge the man and gave money to the inn keeper offering to pay any more if necessary the next time the Samaritan might pass through the area. Jesus taught that the Samaritan was a better neighbor than those who did nothing to help. Samaritans are Jews descended from those who intermarried with people who were settled in Samaria by Assyrian rulers. They did not worship in Jerusalem but celebrated the Passover in Samaria. Samaritans had a Torah scroll. In recent times Israel granted Samaritans the right of return to Israel and some of them moved out of the West Bank/Palestine into Israel