The Old Roman Road from Jericho to Jerusalem 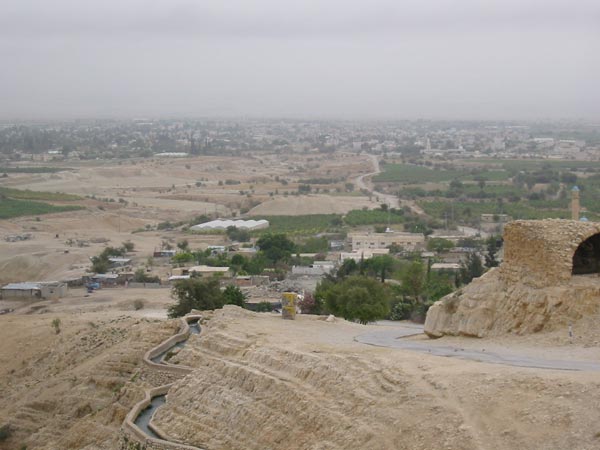 Looking east near the mouth of Wadi Qelt. The modern aqueduct is close to the course of an old Roman aqueduct that brought water from a spring upstream to western Jericho (Eriha). Herod built a palace near the the white plastic greenhouses along the dry wash (left of center). This black top road may have been over the top or parallel to the course of an Ottoman road built close to the lines of the old Roman road as one traveled either down to Jericho or up to Jerusalem. 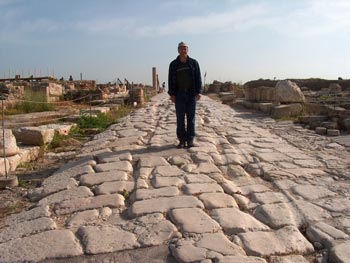 This is a Roman road photo from the ruins of Sephoris near Nazareth, the stone pavers showed tracks from ancient wagons in the Roman-Byzantine marketplace. Many Roman roads contained no pavers and others that used to be of made of pavers are gone as the stone was robbed for other uses. 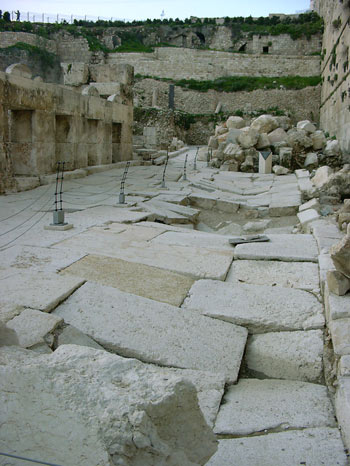 The remains of a 1st century pavement below the Western Wall/Ophel Historical Park, Jerusalem 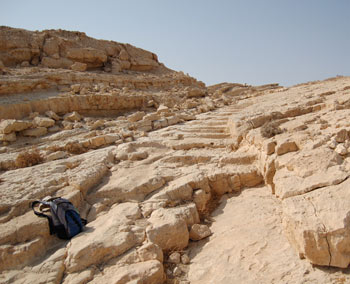 The photo is of a late Roman staircase cut into the rock by hammer and chisel at Akrabiim/Scorpian Pass in the Negev.
The road here was passable by people and pack animals.

In flat places the ancient road was a beaten track cleared of stones. This road grade was above the Scorpian Pass ascent near the ruined fort Horbat Zafir in the Negev.

George A. Barton reported a Roman road whose line of pavers was yet visible intersecting another Roman road 4 miles north of Jerusalem that led down to Caesarea. He presumed this was the road that was used by the Romans to transport Paul to Casearea (Acts 23:23-24) in his Archaeology and the Bible 7th ed., 1937.