TOWER OF SILOAM AT JERUSALEM

Jesus was teaching people about those who suffer whether they are or worse than average. One may need faith to gain God's mercy. 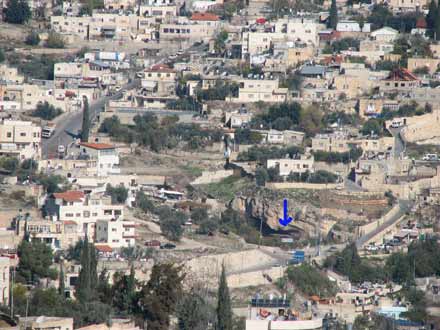 According to Josephus, the Roman wall of Jerusalem turned from N-S to E-W above Siloam. The lower pool connected to a nearby upper pool in the vicinity of the Siloam tunnel was in the photo (above) below the blue arrow. The Roman wall turned close to the pool, above the pool. The new third wall built by Herod Agrippa at the north end of the city after Jesus' glorification was 20 cubits high (about 36 feet/11 meters high). Josephus explained the old wall (the one above Siloam) had 60 towers in its entire length. The Herodian towers in the NW part of the city where 20 - 30 cubits higher than the top of the old wall with battlements and turrets (Josephus War Book V Chapter IV). The tower of Siloam mentioned in the Gospels may have been much higher than an already high wall as it was described as very formidable not needing any additional walls behind it as the steep slope below it added to its stature. 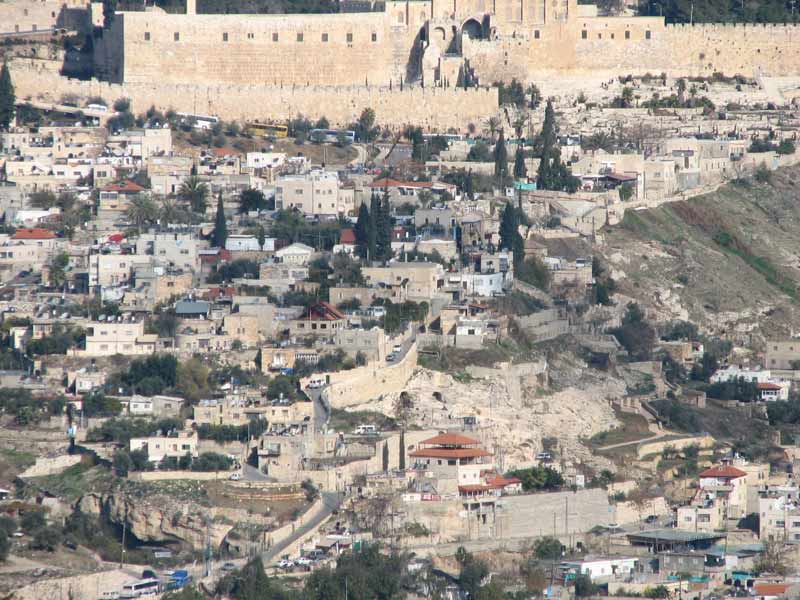 The Lower City of Roman era Jerusalem was between the Kidron Valley on the right, the Pool of Siloam at the bottom left corner, and the Turkish walls at the top of the photo. The current walls of Jerusalem were built more than 400 years ago, although the base of one of Herod's towers remains on the south side of the Jaffa Gate ("Tower of David" area).