This area is the north-east corner of the "Sea of Galilee." These hills might have been where Jesus fed the 4000 and where Jesus fed 5000 people who traveled to listen to hem. Bethsaida was a first century Jewish town on the east side of the Jordan River two mils north of where it flows into the lake. Further south of these views is the region of the Decapolis, or ten Graeco-Roman era towns extending southward from Hippos above En Gev on the Sea of Galilee to Beth Shean, Israel and Philadelphia/Amman, Jordan. 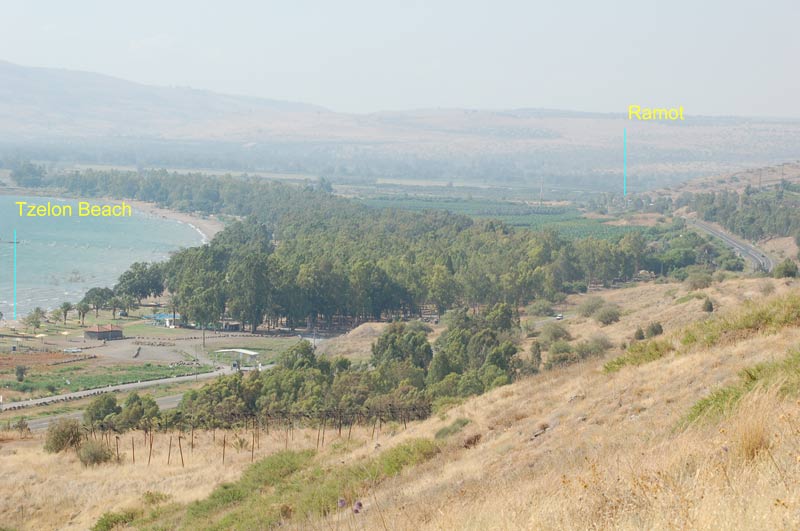 Road from Kursi toward Ramot in the north-- top left. 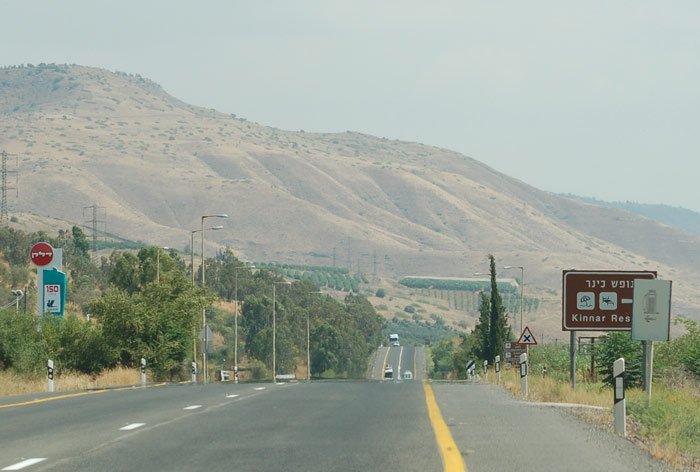 View of a ridge immediately north of Ramot. Kinnar Beach resort is the group of white buildings to the right. This ridge is about four miles from Capernaum and close to the water. The area is on the southeastern edge of the Bethsaida Plain. A road at the bottom of the edge of the ridge ascended a steep ravine towards Gamala. Jesus may have fed 5000 somewhere along this stretch of coast.