According to John 1:44, the disciples Philip, Andrew, and Peter were from Bethsaida.

The first century historian Josephus wrote about Bethsaida also: "When Philip also had built Paneas, a city at the fountains of Jordan, he named it Caesarea. He also advanced the village Bethsaida, situate at the lake of Gennesareth, unto the dignity of a city, both by the number of inhabitants it contained, and its other grandeur, and called it by the name of Julias, the same name with Caesar's daughter." Antiquities of the Jews, by Flavius Josephus, Book 18, Chapter 1

The ancient ruins of Bethsaida are circled in yellow in the upper photo - to the right. This ruin seems to be the ruins of Bethsaida-Julia, after numerous researchers described this location as probable. A spring flowing into a tributary of the river Jordan flowed out of the side of the hill.

More likely than Bethsaida being only the town on the mound, it was a region around the town as far as the region of the next large town. There was probably a fish market in Bethsaida and fishermen living there might have carried their catch back to the city. As the case with Gadara, the harbor of Bethsaida may have been some distance from the city walls. I inserted this text on 8/7/17 after the publication of the discovery of a Roman bath house at El Araj. El Araj is along the shore of the lake near the mouth of the Jordan River. It has been recently identified as a probable location for Bethsaida after recent excavations revealed a Roman era bath house and artifacts dating from the first to third centuries. In 1998 Mendel Nun (amateur archaeologist/school teacher at Kibbutz En Gev) reported finding a Herodian era lamp at El Araj. This region has a history of severe earthquakes that may have changed the lake level over two thousand years. In 1837 an earthquake destroyed much of Tiberias and Safed killing thousands and leveling many houses. In 1927 an earthquake killed hundreds in this area. Capernaum, Bethsaida and Chorazin have been leveled 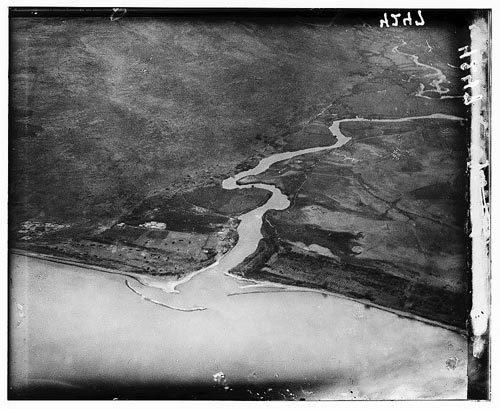 BETHSAIDA A CITY BY THE NORTH SHORE OF THE SEA OF GALILEE Volume One edited by Rami Arav and Richard A. Freund, copyright 1995