CHURCH OF THE HOLY SEPULCHER 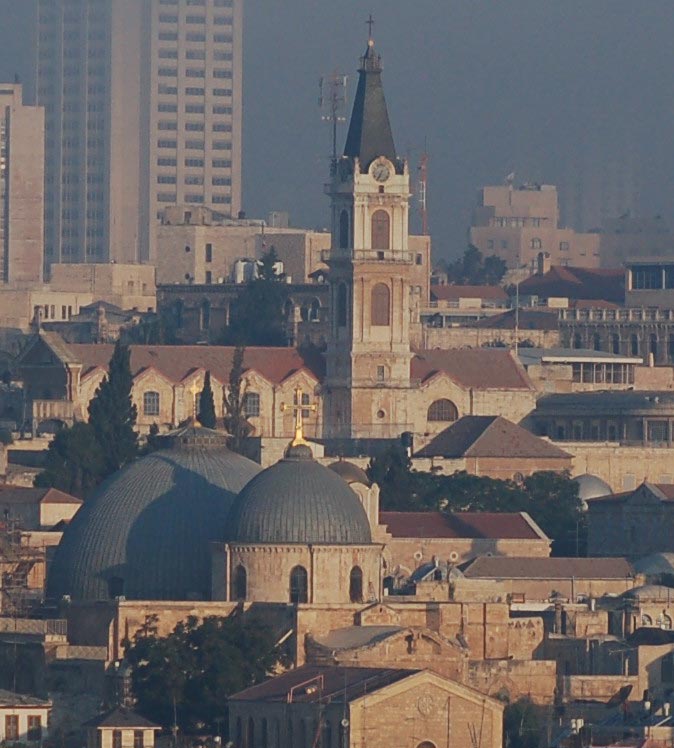 The church is located on a hill that was traditionally associated with the burial of Jesus since the days of Constantine.

This marble monument was built after the original tomb and stone around it was removed.  The Greek Orthodox Church maintains this site as a memorial.

Behind the tomb monument is a hole in the wall and passage to some first century CE (Christian Era) tombs. 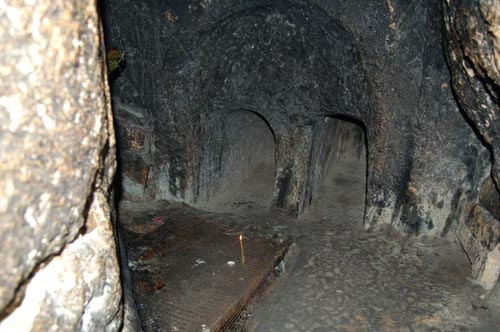 There is another theory that Jesus was crucified on a hill NE of the Damascus Gate near a part of Jerusalem that was called the "New City" during the time of Jesus. The new city was begun outside the second wall of Jerusalem and later enclosed by the third wall. It has been theorized that Pilate had his headquarters at the Antonio Fortress. A hill NE of the Damascus Gate might have been the same one named "Golgotha" where Christ was crucified. Golgotha means "the skull" in Aramaic. This hill's shape is similar to the shape of a skull. 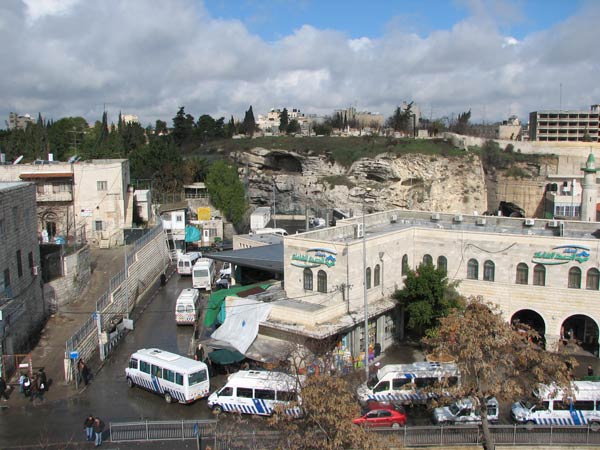